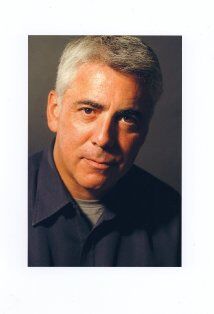 Adam Arkin - born on August 19, 1956 (1956-08-19) (age 65) in Brooklyn, New York, USA - is a stage and screen actor and director. Arkin has directed five episodes of the FX series Justified. He starred as Aaron Shutt in Chicago Hope. He has been nominated for numerous awards, including a Tony (Best Actor, 1991, "I Hate Hamlet") as well as 3 primetime Emmys, 4 SAG Awards (Ensemble, Chicago Hope), and a DGA Award ("My Louisiana Sky"). In 2002, Arkin won a Daytime Emmy for Outstanding Directing in a Children's Special for My Louisiana Sky. He is one of three actors to portray Dale "The Whale" Biederbeck on Monk. From 2007 to 2008 he starred in the NBC drama Life. In 2009 he portrayed villain Ethan Zobelle, a white separatist gang leader, on the FX original series Sons of Anarchy. He is the son of Oscar winning actor Alan Arkin. In Justified, he has a recurring role as Detroit mob boss Theo Tonin.

In 1981 he appeared in the films Full Moon High, Under the Rainbow and Chu Chu and the Philly Flash. He also co-wrote the screenplay for the film Improper Channels. He was nominated for a Genie Award for Best Original Screenplay along with his co-writers for the film. In 1982 he had a recurring role in the series Teachers Only as Michael Dreyfuss. In 1983 he had a role as a different character in a second episode of The Love Boat. In 1985 he had a role in one episode of the medical drama St. Elsewhere and a role in the television feature The Fourth Wise Man. In 1986 he appeared in an episode of The Twilight Zone, an episode of All Is Forgiven, six episodes of Tough Cookies, an episode of L.A. Law and three episodes of A Year in the Life. In 1987 he appeared in the film Personal Foul and reprised his role in L.A. Law for a second episode. He also began a starring role in the series A Year in the Life which continued into 1988 and spanned 22 episodes. In 1989 he appeared in the series Hard Time on Planet Earth, MacGyver, Oceano and five episodes of Knot's Landing.

In 1998 he appeared in the films With Friends Like These... and Halloween H20: 20 Years Later and the television feature Thirst. He was nominated for a Blockbuster Entertainment Award for Favourite Actor in a Horror Film for Halloween H20. In fall 1998 Chicago Hope was again renewed and Arkin remained a starring cast member. In 1999 he appeared uncredited in the horror film Lake Placid and played Detective Fred Stapelli in the television feature A Slight Case of Murder. He directed the fifth season episode of Chicago Hope "Karmic Relief". In fall 1999 Chicago Hope was renewed for a sixth and final season. Arkin starred in 141 episodes over the show's run. He directed a fourth episode of the series in 2000, entitled "Faith, Hope & Surgery". Also in 2000 He appeared in the films Dropping Out, Hanging Up and East of A and the NBC political drama series The West Wing. He played trauma specialist and psychologist Dr. Stanley Keyworth in the second season The West Wing episode "Noël".

In 2001 he appeared in the television features Late Boomers and Off Season, the film Mission and the series Frasier and The Chris Isaak Show. He played Tom, an obsessive fan of the titular psychologist, in the Frasier episode "The Two Hundredth". He was nominated for the Primetime Emmy Award for Outstanding Guest Actor in a Comedy Series for the role. He also directed the Ally McBeal episode "In Search of Barry White" and the Showtime television feature My Louisiana Sky in 2001. He won the Daytime Emmy Award for Outstanding Directing in a Children's Special for My Louisiana Sky. The film also won the jury award at the Chicago International Children's Film Festival and was nominated for the Director's Guild of America Award for Outstanding Directorial Achievement in Children's Programs.

In 2002 he appeared in the television features Roughing It and Damaged Care, uncredited in the film Stark Raving Mad and the series Monk, Baby Bob and The West Wing. He played Dale "The Whale" Biederbeck in the first season Monk episode "Mr. Monk Meets Dale the Whale". He also directed the first season Monk episode "Mr. Monk and the Other Woman". He reprised his role as Dr. Keyworth in three episodes of the third season of The West Wing. He starred in the first season of Baby Bob as new father Walter Spencer, the season aired as a replacement in Spring 2002 and only lasted for six episodes. Baby Bob was renewed for a second season but canceled while it was still in production, with eight episodes completed. It eventually aired over the summer of 2003. Arkin appeared in fourteen episodes of the show in total. Also in 2003 he appeared in the television feature The Ripples and the series The Practice. He directed the short Pristine Books in 2003. In 2004 he began a recurring role in the second season of 8 Simple Rules for Dating My Teenage Daughter, appearing in three episodes. He reprised the role for the fourth season in fall 2004. He guest starred in a further nine episodes which extended into 2005. Also in 2005 he appeared in the sixteenth season Law & Order episode "Red Ball" as district attorney Charles Graham; his second appearance on the show and a new character. He also had roles in the short film Chloe and the films Kids in America, Marilyn Hotchkiss' Ballroom Dancing & Charm School and Hitch.

In 2006 he appeared in two episodes of the political drama Commander in Chief, three episodes of Boston Legal and the television feature Murder on Pleasant Drive. He also directed the Boston Legal episode "Stick It" and the Grey's Anatomy episode "Sometimes a Fantasy". In 2007 he directed a second episode of Boston Legal, an episode of Dirt, a second episode of Grey's Anatomy, an episode of The Riches, an episode of Big Day and an episode of State of Mind. He also appeared in the film Graduation. In fall 2007 he began a starring role in new NBC crime drama Life as Ted Earley, the housemate and financial advisor of the main character. In 2008 he appeared in an episode of Comedy Gumbo and in April 2008 he guest-starred on the web series Gorgeous Tiny Chicken Machine Show. Life was renewed for a second season in fall 2008 and Arkin remained a starring cast member. He directed the second season episodes "Shelf Life" and "Evil... and His Brother Ziggy" in 2009. The series was not renewed. He also directed an episode of The Closer that year. In 2009 he guest starred as white separatist leader Ethan Zobelle in the second season of the FX crime drama Sons of Anarchy, reuniting with former 8 Simple Rules cast mate Katey Sagal. He had roles in the films Just Peck and A Serious Man. He played a divorce lawyer in A Serious Man, which was directed by Ethan and Joel Coen. In Just Peck he played the main character, Michael Peck.

Arkin is also a theatre actor where he has performed in Broadway, Off-Broadway and regional theatre productions, including most recently, both the South Coast Repertory world premiere and Broadway production of Brooklyn Boy by playwright Donald Margulies.

Adam also played a minor role in the NPR radio drama of Star Wars, A New Hope (1981). The voice of Fixer. For PBS, he voiced Meriwether Lewis in Ken Burns' The Voyage of the Corps of Discovery (1997), and repeated the role in the Grammy-winning sequel.

Arkin directed the FX series Justified first season episode "Long in the Tooth" and the finale "Bulletville" in 2010.

In 2012 he returned to direct the third season episode "Thick as Mud".

Arkin guest starred as Theo Tonin, a Detroit crime boss and the father of Robert Quarles (adoptive) and Sammy Tonin in the episodes "Measures" and "Slaughterhouse".

In 2010 he directed episodes of The Deep End, Rizzoli and Isles, Terriers and Sons of Anarchy. After guest starring in the second season of Sons of Anarchy, he returned to the FX crime drama as a director for the third season and helmed the episode "Bainne". He directed two episodes of the new FX crime drama Terriers, which was executive produced by Shawn Ryan. He also appeared in the film Summer Eleven, the television feature Who Gets the Parents and the short Tell-Tale.

He has been married to Phyllis Anne Arkin (née Lyons) since 1999. They have one son together. He also has a daughter, Molly, from his former wife, Linda.