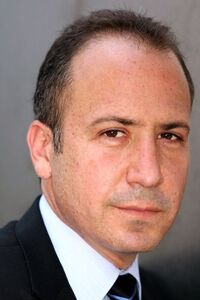 Alejandro Furth is an American actor who co-stars as Hector in the FX series Justified first season episode "Long in the Tooth". He has also appeared in Raines, which was created by Justified show runner Graham Yost. He has had roles in the series CSI: Miami, Nip/Tuck, Alias, The Shield, The Practice, Las Vegas and The Mentalist.

Retrieved from "https://justified.fandom.com/wiki/Alejandro_Furth?oldid=10633"
Community content is available under CC-BY-SA unless otherwise noted.