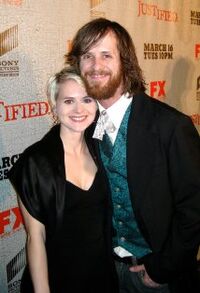 He made his screen debut in 2005 appearing in the short film Derailed. In 2007 he had roles in the features Revamped and Avenging Angel. In 2008 he appeared in the series The Riches and the feature Night Life. He also began a recurring role in CSI as Gerald Tolliver. He reprised the role in a second episode in 2009. He also appeared in the short film Karma Bitch and the series It's Always Sunny in Philadelphia.

In 2010 he guest starred as Bobby Joe Packer in the first season of the FX series Justified. The character appears in the episode "Veterans" and "The Hammer". He also appeared in the Western video game Red Dead Redemption, the short film The Boy Who Stole'd Christmas, two episodes of the series Zeke and Luther and the series Criminal Minds, Dexter and True Blood in 2010. In 2011 he appeared in the series New Girl, Harry's Law and Castle.