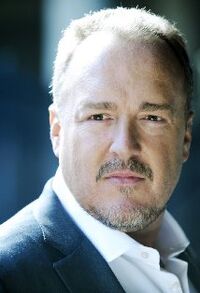 Brent Sexton was born on August 12, 1967 in St. Louis, Missouri. Sexton graduated in 1985 from Eureka High School, Eureka, MO. After studying at Southwest Missouri State University, he toured internationally with a theater company as both Officer Krupke and Detective Schrank in West Side Story.

He made his TV debut in 1989 on the TV series BL Stryker. In 1999 he had a brief recurring on the TV series Judging Amy as Oscar Ray Pant Jr a convicted murder and husband of Amy's clerk Donna Kozlowski. In 2002, he had a recurring role on the action series Birds of Prey as Detective McNally the police partner of Jesse Reese who sceptical of strange things he can’t explain. In 2005, he appeared on the TV series Deadwood where he portrayed the bartender Harry Manning who decides to run for sheriff. In 2007, he was cast as a main character on the crime drama Life as Robert Stark the former police partner Charlie Crews who managed to reconnect with his partner after he released from prison. He also had recurring roles on the TV series Surface and Thats Life.