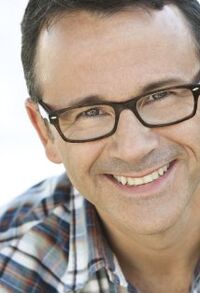 Byrne Offutt is an American actor who co-stars as a doctor in the FX series Justified first season episode "The Lord of War and Thunder". He has also appeared in Quantum Leap, Frasier, Malcolm in the Middle, Two and a Half Men, Significant Others, NCIS, Criminal Minds, Eli Stone, Lie to Me, Pushing Daisies, The Young and the Restless, Law & Order: Los Angeles and Castle.

Retrieved from "https://justified.fandom.com/wiki/Byrne_Offutt?oldid=10615"
Community content is available under CC-BY-SA unless otherwise noted.