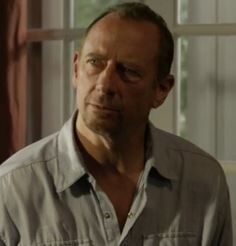 Charles Monroe is a recurring character in the fifth season of the FX series Justified. Monroe is a Detroit mob accountant who is arrested by the Marshals. Monroe is portrayed by guest star Xander Berkeley.

Not much is known about his background, other than he is a Detroit mob accountant. Monroe also owned and operated an online backgammon website, which was hacked by T.C. Fleming to appear as if it was seized by the US Marshals.

In "The Kids Aren't All Right", Monroe is arrested and his property is seized and given to Raylan Givens. Monroe threatens the Marshals, saying that when this is all over, he will own every single one of them.

In "Good Intentions", Monroe is released and finds Raylan waiting for him in the Marshals office. Raylan questions him, asking if he sent a goon to scare him out of the mansion. Monroe denies sending a goon, but says if he did, it wouldn't have been a tripped car alarm. Later that night, Monroe strangles Gloria and smothers her with a pillow, almost to the point of her death, believing she tried to have someone break in to steal the gold in an office safe. Gloria denies it, but mentions Wynn Duffy could have been behind it as he is the only other person who knows the safe's combination. When Gloria (under the Marshal's orders) calls Monroe and says the safe is empty, he sets out to murder Duffy. Monroe is gunned down by Mike, but survives.

In "Raw Deal", the seizure of his property is the incentive for Larry Salmeron to try to scam the Marshals out of backgammon winnings. (Monroe is mentioned only.)

Retrieved from "https://justified.fandom.com/wiki/Charles_Monroe?oldid=22054"
Community content is available under CC-BY-SA unless otherwise noted.