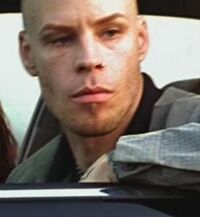 Charlie Paulson is an American actor and musician who co-starred as Heckle in the FX series Justified first season finale "Bulletville". Paulson has guest starred in the series The Forgotten, Wanted, and The Shield and appeared in the film Toolbox Murders. Paulson is the lead guitar in the Ska/Punk band Goldfinger and was formerly in the band Black President.

Retrieved from "https://justified.fandom.com/wiki/Charlie_Paulson?oldid=14957"
Community content is available under CC-BY-SA unless otherwise noted.