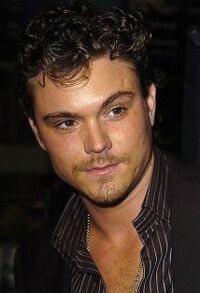 Crawford has appeared in the films A Walk to Remember (2002), Swimfan (2002), A Love Song for Bobby Long (2004) and The Great Raid (2005). He had a recurring role in the first season of Jericho as Mitchell "Mitch" Cafferty. He has appeared twice as Quinn, a professional man of violence, in Leverage. In 2008 he appeared in Life in the episode "Evil ... and His Brother Ziggy." Crawford featured as the main protagonist in the 2010 straight to DVD prequel to Smokin' Aces, Smokin' Aces 2: Assassins' Ball. He had a recurring role in the eighth season of 24 as antagonist Kevin Wade. He has a recurring role in the A&E series The Glades. In 2012 guest starred as prison medic Lance in the FX series Justified third season episode "Cut Ties".

Retrieved from "https://justified.fandom.com/wiki/Clayne_Crawford?oldid=14798"
Community content is available under CC-BY-SA unless otherwise noted.