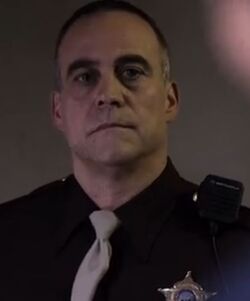 Crosley was a recurring character in the sixth season of the FX series Justified. He is a dirty cop working on Markham's payroll. He is portrayed by co-star Robert Neary.

In "Fugitive Number One", Raylan Givens squares off against while attempting to retrieve Earl from their custody due to his knowledge of how dirty that police station is.

In "Collateral", Crosley and Birch are seen arresting Ava on the bridge in order to deliver her to Markham, along with the stolen $10 million.

In "The Promise", Birch and Crosley bring Ava to Markham and plan to go look for Zachariah Randolph but Markham shoots them down and sends Boon who he can trust better. Birch is later taken hostage by Boyd who finds Ava at the Bennett drying shed and the two men exchange barbs and Markham remarks that Boyd made a poor choice for a hostage and promptly shoots and kills Birch, initiating a shootout between Boyd and Markham. Crosley is the last person remaining alive after Markham is killed and Boyd promptly shoots him dead.

Retrieved from "https://justified.fandom.com/wiki/Crosley?oldid=21354"
Community content is available under CC-BY-SA unless otherwise noted.