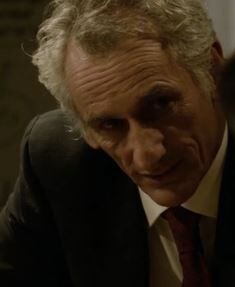 Dan Grant, played by guest star Matt Craven, is a recurring character in the FX series Justified. Grant is the Former Chief Deputy US Marshal of the Miami, Florida division.

Grant appears first in "Fire In The Hole" when he has Givens reassigned to the Lexington, Kentucky division after he shoots Tommy Bucks in broad daylight in a hotel restaurant. Givens provoked the confrontation although Bucks drew his weapon first.

In "The Moonshine War". Raylan Givens and Gio Reyes are having a tense confrontation. Raylan wants Gio to end the hit called on him, due to innocent people Raylan cares about being caught in the crossfire. Raylan orders Gio to give him his word in 10 seconds or he shoots him in the head. Before Raylan can act, Grant calls and orders Raylan not to try again. Grant orders the two men to discuss it further outside. Grant tells Gio that if he comes after Raylan again and harms him in any way, that Grant will kill Gio himself. Grant offers Raylan his old job back, but Raylan declines the offer, wanting to stay in Kentucky.

Grant appears in "Full Commitment" when Raylan calls him about the hitmen from the previous episode "Debts and Accounts". Grant asks him was it Gio, and tells from from what he has heard, Gio only hires Cubans these days. Grant then asks Raylan if he has pissed off any shitkickers lately, to which Raylan has a surprised look on his face.

In "A Murder of Crowes", Grant calls Raylan down to Florida to help out with the Elvis Machado investigation and partners him with Greg Sutter.