Edit
watch 01:36
We're Getting Mutants in the MCU - The Loop
Do you like this video?
Play Sound
David Meunier 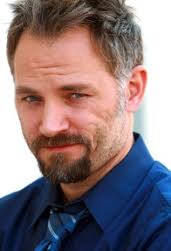 Meunier has worked extensively in television. He had a recurring role in Jericho and has guest starred in The Mentalist, CSI: Miami, Criminal Minds, Leverage, Human Target, Castle, In Plain Sight, Without a Trace, The Unit, Buffy the Vampire Slayer. Angel, Burn Notice and The Blacklist.