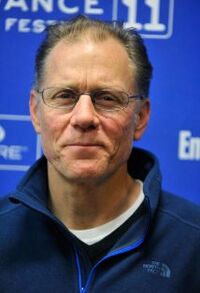 He went to Saratoga High School. Warshofsky is a graduate of the MFA program at NYU's Tisch School of the Arts and in his early career worked extensively both on and off Broadway.

In 2010 he guest starred as Deputy US Marshal Jim Ferzinsky in the FX series Justified first season episode "Long in the Tooth". He also appeared in the series Mad Men and the films Fair Game and Unstoppable. In 2011 he reprised his role in The Mentalist and appeared in the films Little Birds and The Future.

He was born David Warner but changed his name back to his family's original Russian name when he began working as an actor and had it legally changed in 1997 when his son MacGee was born. Warshofsky lives in Los Angeles, CA with his wife, Kristina Lear, and his two children, Helen and Macgee.