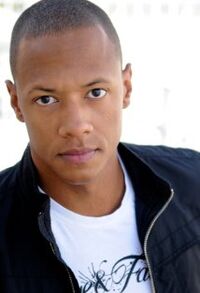 Emerson Brooks is an American film and television actor. He has made appearances in the television shows such as Lost, Lie to Me, 24, N.C.I.S. and in the films including Terminator: Salvation and Super 8. Most recently, he was nominated for a NAACP Image Award for Outstanding Actor in a Daytime Drama for his critically acclaimed performance in All My Children.

Prior to becoming an actor, Emerson joined the Army and received a commission as an Infantry Officer. He finished his degree at the University of Arizona, earning a Baccalaureate of Science in Business. After his college graduation, he worked in Washington D.C. as an Engineer in the aerospace industry. In 2004, he moved to Los Angeles to pursue his true passion for acting.