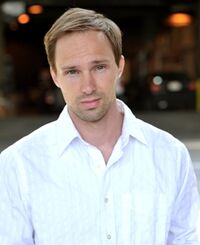 Gary is an actor and writer who was born in Cleveland, Ohio. He most recently appeared in the ABC series for Lifetime The Protector. Gary also appears in the Sony feature Hero Wanted opposite Cuba Gooding Jr. and Ray Liotta and stars in the independent features Mad World, The Last Hurrah and Lost In A Crowd. He has also appeared in over twenty commercials (Starbucks, Cheerios, and Sears, among others) and on a number of hit television shows (NYPD Blue, Malcolm in the Middle, Once and Again, etc.). He has wrote three features in 2011; Monumental, Over Yonder and The Hype. He has several more in development. Gary plans to continue his story-telling and fascination with film by continuing to be creative as possible.