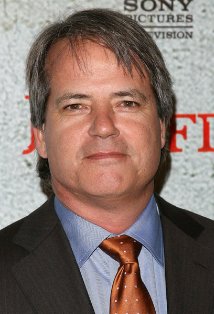 Graham John Yost (born September 5, 1959) is a Canadian film and television screenwriter. He is the show runner of Justified and developed the series using Elmore Leonard's short story "Fire in the Hole".

He has written extensively for television series beginning with the series Hey Dude and Herman's Head. He wrote the films Speed, Broken Arrow, and Hard Rain during the 1990s.

He collaborated with HBO, Steven Spielberg and Tom Hanks on the production of the miniseries From the Earth to the Moon in 1998. They collaborated again on the World War II miniseries Band of Brothers in 2001. He was the head writer of the crime drama series Boomtown in the 2002 to 2003 television season. He was the creator of the short-lived NBC drama Raines starring Jeff Goldblum in 2007. He re-teamed with HBO, Tom Hanks and Steven Spielberg, along with two of his fellow Boomtown writers Michelle Ashford and Larry Andries, to write and direct episodes of the HBO miniseries The Pacific. The project followed-up Band of Brothers by examining World War II in the pacific theatre.

In 2010 Yost developed Justified using Elmore Leonard's short story "Fire in the Hole" and the Raylan Givens character. Yost is a longtime fan of Leonard's writing. He is the head writer, show runner and an executive producer for the series. Justified premiered on FX in March 2010.

Born in Etobicoke, he is the son of Canadian television personality Elwy Yost, the longtime host of the public broadcaster TV Ontario's Saturday Night at the Movies. He lives in California with his family.