Edit
watch 01:36
We're Getting Mutants in the MCU - The Loop
Do you like this video?
Play Sound
Grainger Hines 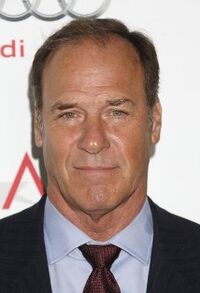 Grainger Hines, born in Greenwood, South Carolina, USA, is an actor. He had a recurring role as Sam Keener in the fourth season.

He starred in numerous television shows - True Blood, Boston Legal, Nip/Tuck, CSI: Miami, Cold Case, Las Vegas, Saving Grace, Ghost Whisperer, In the Heat of the Night, Airwolf, Star Trek: The Next Generation, Hell on Wheels among others. He also has appeared in many films such as, Protocol, Innerspace, Rocky II, False Identity, Abuse of Power, Thicker Than Water, Amber Waves among others. Hines also appeared in the miniseries War and Remembrance and The Alamo: 13 Days to Glory. Hines also starred in the soap opera, One Life to Live as Brian Beckett from 1984 - 1986, General Hospital as Kyle Morgan from 1990 - 1991 and The City as Malcolm Christerphor from 1994 - 1995. Hines made his New York stage debut in "Valentine's Day", directed by Horton Foote, and has appeared in many plays in New York City and Los Angeles.

He wrote, produced and starred in the western drama, The Outsider and directed the horror thriller, The Mill.

Hines was an original member of musical group The Swingin' Medallions.

He was once married to Michelle Phillips, most notable as a singer in The Mamas & the Papas and mother of Chynna Phillips. Hines has two sons: actor, producer Austin Hines, whose mother is Michelle Phillips; and Gray Hines. Hines continues to write, produce, direct and act in television and films.