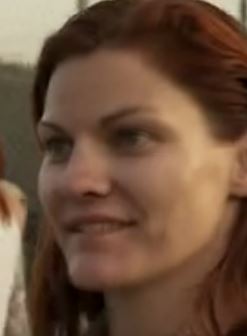 Gretchen Swift is a recurring character in the fifth season of the FX series Justified. She is an inmate at the Kentucky State Women's Prison where Ava Crowder is incarcerated. Boyd pays off her brother Gunnar, in order for Gretchen to protect Ava in prison. She, however, jumps Ava in prison because of Boyd being a race traitor and becomes an antagonist towards Ava in all her appearances afterwards. She is portrayed by co-star Casey McCarthy.

In "Kill the Messenger". Boyd pays off her brother, Gunnar to protect Ava in prison. Rather than protect her however, Gretchen and her crew jump Ava because she despises Boyd for being a race traitor.

In "Raw Deal", Gretchen is briefly seen glancing up at Ava during lunch, as she hides from her.

In "Wrong Roads", Gretchen is briefly seen in GenPop, shortly before Lara approachs Ava and attempts to shank her over the ruined heroin smuggling.

In "Starvation", Gretchen and her crew approach Ava and Penny Cole, only to have the former members of Judith's congregation step in and protect the two. Gretchen secretly plots against Ava, having Genny, a member of her crew kill Penny, part of this retaliation being because of Boyd having Gunnar brutally beaten and placed in intensive care.

In "Restitution", Gretchen confronts Ava at the courtyard, taking notice that the members of Judith's congregation are not intervening at Ava's defense. Ava stands on a table, calling out Gretchen for ratting on a member of her own crew and setting up Ava. At lunch, Ava whacks a member of Gretchen's crew in the face with her lunch tray, prompting a fight between all of them.

Retrieved from "https://justified.fandom.com/wiki/Gretchen_Swift?oldid=21008"
Community content is available under CC-BY-SA unless otherwise noted.