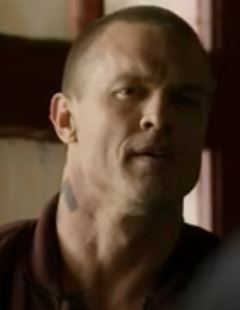 Gunnar Swift is a guest character in the FX series Justified fifth season episode, "Kill the Messenger". Gunnar is a white supremacist and associate of Boyd Crowder, who Boyd pays off in order for Gunnar's sister, Gretchen, to provide protection for Ava in prison. He is portrayed by guest star Branton Box.

In "Kill the Messenger", Boyd meets up with Gunnar in order to pay him off so that his sister, Gretchen, will provide protection for Ava in prison. Later, Boyd finds out that Gretchen jumped Ava in prison due to her despising Boyd for being a race traitor. Boyd shows up to meet Gunnar, who tells Boyd that the jump was payment for Boyd being a race traitor, and says that Boyd has balls for coming in outnumbered 6 to 1, but Boyd whistles, and Daryl Crowe Jr., Danny Crowe, Dewey Crowe and Carl come out with guns. Gunnar is brutally beaten by Daryl, and Boyd warns Gunnar that if Gretchen harms Ava again, he is going to take it out on Gunnar a hundred fold.

In "Starvation", Gunnar's sister, Gretchen, has a member of her crew, Genny, murder Penny Cole (an inmate at the Kentucky State Women's Prison and a friend of Ava). Part of this retaliation is due to Boyd having Gunnar brutally attacked and placed in intensive care.

Retrieved from "https://justified.fandom.com/wiki/Gunnar_Swift?oldid=18043"
Community content is available under CC-BY-SA unless otherwise noted.