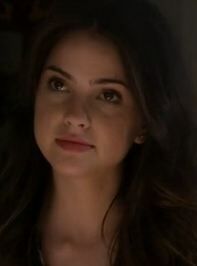 Jackie Nevada is a guest character in the FX series Justified fourth season episode "Money Trap". Jackie is the sorority sister of Katrina Adair, who has a crush on Raylan Givens. She is portrayed by guest star Shelley Hennig.

Jackie's mother walked out on her family when Jackie was young. Jackie was raised by her stepfather, Reno, who taught her how to play cards. Jackie indicates that she is good at "reading" people; it's implied this is a talent that helps her be successful in card games, but it also allows her to make multiple assessments of Raylan's character and motivation in his pursuit of Jody Adair.

In "Money Trap", she appears entering Katrina Adair's house while Jody Adair and Kenneth Flix watch from outside. Before they can go talk to her themselves to get inside for the safe code, Raylan shows up and the two men flee. Later, after Raylan has dropped her off at her own apartment, Jackie is held at knife-point by Jody, demanding to know the safe code. Raylan, who saw Kenneth's car from before, rushes back just in time. Jackie steps on Jody's foot to escape and smashes a coffee pot over his head. Jody jumps out of the window. Jackie and Raylan bond, and Jackie admits that she has a crush on Raylan.