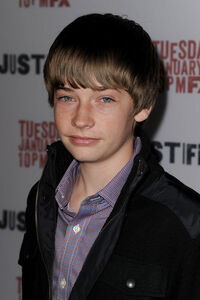 Lofland was born in Briggsville, Arkansas, to Billy and Debra Lofland.

He began his film career playing Neckbone in Jeff Nichols' Mud, with Matthew McConaughey and Tye Sheridan. When Nichols decided he wanted to find a young actor locally for the pivotal part of "Neckbone" in his feature, Mud, he had casting notices placed in regional newspapers. Coming across one of them, Lofland was quick to recognize that he fit every adjective of Neck's personality description, as well as bringing the boating and cycle riding experience Jeff was looking for. He sent in an application, and was called in to read for the casting director in Little Rock, Arkansas. Less than three weeks after seeing the open casting call in the paper, he took his first plane ride to Austin, Texas, to audition for Jeff Nichols and producer Sarah Green. He was offered the role within 24 hours, and within a month found himself on location with a full movie crew.

In 2013, he joined the cast of Little Accidents, presented at the 2014 Sundance Film Festival.

In 2014, he joined the cast of the new season of Justified.

When Lofland is not acting he enjoys fishing, boating, hunting, and riding dirt bikes, which he began at the age of six. By age 11, after attending dirt track races with his family, he became interested in racing go-karts, and soon graduated to the 600 MiniSprint.

Retrieved from "https://justified.fandom.com/wiki/Jacob_Lofland?oldid=16446"
Community content is available under CC-BY-SA unless otherwise noted.