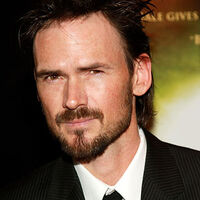 Jeremy Davies was born in Traverse City, Michigan. He is the son of children's author Mel Boring; Davies is his mother's maiden name. He has three siblings: Josh, Zachary, and Katy. His parents separated when he was young, leaving Davies to relocate to Kansas with his mother until the mid-1970s, when she died of lupus, Davies went to live with his father and stepmother in Santa Barbara, California, before moving to Rockford, Iowa, in 1986, where he completed high school. Jeremy attended college at The American Academy of Dramatic Arts in California. His roommate was character actor Jeffrey Asch. Jeremy Davies has Scottish and English ancestry.

Aside from his role as Dickie Bennett in Justified, Davies is perhaps best known for his roles as Corporal Timothy E. Upham in the film Saving Private Ryan, and his role as physicist Daniel Faraday in the TV series Lost.

Davies won the Primetime Emmy Award for Outstanding Guest Actor in a Drama Series for his role as Dickie Bennett at the 64th Primetime Emmy Awards hosted in 2012. Davies was nominated in the same category the year before, but lost to Paul McCrane, who guest starred in the series Harry's Law. Davies is the second Justified cast member to win an Emmy following Margo Martindale.

Retrieved from "https://justified.fandom.com/wiki/Jeremy_Davies?oldid=18790"
Community content is available under CC-BY-SA unless otherwise noted.