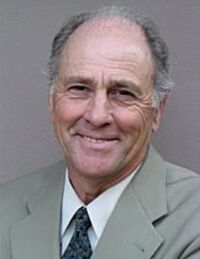 Jim Haynie - born February 6, 1940 (1940-02-06) (age 81) in Falls Church, Virginia - is an American actor who had a recurring role as Lemuel Becket in the first and third season of the FX series Justified. Haynie has appeared in such films as The Bridges of Madison County, Pretty in Pink, The Peacemaker, and Sleepwalkers, and guest starred in TV series such as Saving Grace, ER, Commander in Chief, The King of Queens, The Parkers, and Chicago Hope.

Retrieved from "https://justified.fandom.com/wiki/Jim_Haynie?oldid=14976"
Community content is available under CC-BY-SA unless otherwise noted.