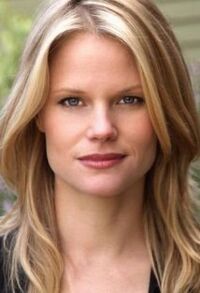 Carter can be seen in such feature cult favorites as High Fidelity and American Pie 2, and indies Swimming and Lisa Picard is Famous. In addition, Carter has starred in numerous television projects, including the controversial series Wonderland created by Peter Berg (Friday Night Lights). Furthermore, she is very proud of the documentary, Altered By Elvis, which she co-produced. Carter also co-produced and starred in the short Girl and a Gun, which won Best Original Short at the 2008 Washougal International Film Festival. She was thrilled to attend the 2008 Cannes Film Festival with the film, Jumping In, in which she starred. Carter recently attended the Boston Film Festival where her latest film To Be Friends (directed by Jim Eckhart, executive produced by Aaron Eckhart and co-starring Todd Stashwick) was honored and opened the festival.

Carter's upcoming features include City of Jerks (directed by Phedon Papamichael), and Eyes to See, both set to release in 2011.

Retrieved from "https://justified.fandom.com/wiki/Joelle_Carter?oldid=21854"
Community content is available under CC-BY-SA unless otherwise noted.