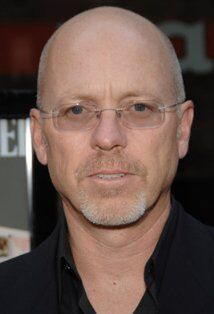 John Dahl, born 1956 in Billings, Montana, USA, is a motion picture director and writer. He is an episodic director for Justified. He has worked on all fiveseasons of the show. He helmed the first season episode "The Hammer", the second season episode "For Blood or Money", the third season episode "Measures", fourth season episode "Outlaw" and the fifth season episode, "Weight". He has also worked on the series Californication, True Blood, Dexter, Breaking Bad, Terriers, and Falling Skies. He directed the films The Last Seduction (1994), Unforgettable (1996), Rounders (1998), Road Kill (2001), and The Great Raid (2005).

John Dahl was born in Billings, Montana, the second of four children (his brother is filmmaker Rick Dahl). Dahl spent his young life in and around Montana all the way up through his college years. His interest in film began at the age of seventeen, when he first saw A Clockwork Orange, as told to Robert K. Elder in an interview for The Film That Changed My Life.

"This film captured my imagination so much. It was the first film that I saw that made me realize that somebody has to make this stuff. Somebody has to build those sets. Somebody has to paint those paintings. All of a sudden it became accessible. The movie was so compelling and interesting to me on so many levels. The one thing that struck me was that somebody made a movie, and that it was something that maybe, possibly, I could do."

He first attended the University of Montana, and then transferred to Montana State University's School of Film and Photography where he received a degree in film. While at MSU, Dahl was a student of Bill Pullman. His first feature film at MSU was titled The Death Mutants and made for $12,000. While at Montana State he played guitar in the punk rock band "The Pugs". He also met his wife, Beth Friedberg at MSU, and after graduation they both left Montana to attend the AFI Conservatory in Los Angeles. He entered the directors program and she entered the cinematography program.

Dahl started his career as a storyboard artist and assistant director. He continued through the eighties making short films and directing music videos for Kool and the Gang and Joe Satriani. He finally gained notoriety directing his first two films, Kill Me Again and Red Rock West. Both films were well received. His third feature film was crime thriller, The Last Seduction (1994). It starred Linda Fiorentino and aired on cable television before its theatrical release. It also starred his former college professor, Bill Pullman. It was critically acclaimed.

He did his television work in 1995, directing the episode "Tomorrow I Die" for the second season of Fallen Angels.

He directed the film Unforgettable (1996). The project starred Fiorentino and Ray Liotta. It was a financial failure. He next directed the film Rounders (1998). It starred Matt Damon and Edward Norton and charted the efforts of a reformed gambler to pay off his friends debts by returning to the poker table. It was critically acclaimed and a moderate financial success.

He directed the horror film Joy Ride, later re-titled Road Kill (2001). The project starred Paul Walker and Steve Zahn as a pair of brothers who draw the ire of a psychopathic trucker while on a road trip. The film was a moderate financial success and met mixed reviews.

He then helmed the war film The Great Raid. The project focused on a daring World War II rescue mission carried out by the US Army Rangers behind Japanese lines and starred Benjamin Bratt and James Franco. It was a financial disaster and received mixed reviews on its eventual release in 2005.

In the 2008 to 2009 television season he directed "Mine" for new Home Box Office (HBO) supernatural drama True Blood. He also joined the crew of Showtime's crime thriller Dexter as an episodic director for the third season, helming "The Lion Sleeps Tonight" and "Go Your Own Way". He returned to Californication to direct the second season episode "No Way to Treat a Lady". He helmed "Chance" for the short lived horror anthology series Fear Itself. He directed the episode "The Oath" for the fourth and final season of the SyFy science fiction drama Battlestar Galactica. He directed "Down" for the second season of AMC crime drama Breaking Bad. He helmed "Snow" and "Betrayal" for the first season of the Showtime series United States of Tara. In summer 2009 he returned to True Blood to direct the second season episodes "Never Let Me Go" and "Timebomb".

He directed two episodes for the Battlestar Galactica prequel Caprica in 2009 but the show was canceled midseason and they did not air until fall 2010. He helmed "False Labor" and "The Dirteaters".

In the 2011 to 2012 season he returned to Californication to direct the fifth season premiere "JFK to LAX". He was a regular director for the fifth season of Dexter, helming four of the twelve episodes. He directed the season premiere "Those Kinds of Things", "A Horse of a Different Color", "Just Let Go" and the season finale "This Is the Way the World Ends". He rejoined The Vampire Diaries to direct the third season episode "The Ties That Bind" and Justified to direct the third season episode "Measures". He was brought back to Shameless to helm the second season episode "Can I Have a Mother".

In summer 2012, he joined the crew of the second season of the Steven Spielberg alien-invasion drama Falling Skies. He served as an episodic director and helmed the episode "Love and Other Acts of Courage". Justified creator Graham Yost had worked as a writer and producer for the show.

In the 2012 to 2013 season he directed "Quitters" for the sixth season of Californication. He returned to Dexter to direct the seventh season premiere "Are You...?" and the later episode "Run".