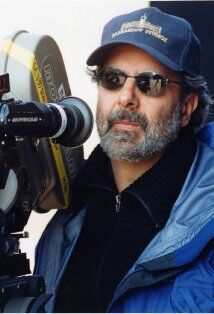 Avnet came into show business by staging Off-Broadway theatrical productions. He later entered the film industry as a reader at United Artists and then took part in the director's program of the American Film Institute when his student film Confusion's Corner (featuring Richard Gere, then unknown) got him a fellowship. After he had worked as an associate producer, Avnet started Tisch/Avnet Productions in 1977 with Steve Tisch. They spent seven years producing many successful films (including Risky Business in 1983 which turned Tom Cruise into a star), several issue-oriented made-for-TV movies like The Burning Bed in 1984 (NBC), starring Farrah Fawcett, and the much praised, but short-running series Call to Glory in 1984-85 (ABC). Avnet made his writing and directing debuts with Call to Glory episode "Winds of Change" in 1984.

Avnet then wrote (with screenwriter Larry Grusin) and directed the TV-movie Between Two Women in 1986 (ABC) starring Farrah Fawcett (once again) and Colleen Dewhurst. Later that year, he began producing in partnership with Jordan Kerner, the former vice president of the dramatic programming component of ABC. Among their early pictures were Less Than Zero in 1987, based on the novel by Bret Easton Ellis and Men Don't Leave in 1990, starring Jessica Lange as a widow.

Avnet made his directorial debut in theaters with the surprise hit movie Fried Green Tomatoes in 1991. Avnet followed up by producing many children-oriented movies for Disney: the very successful children's sports comedy The Mighty Ducks in 1992 and its two sequels (in 1994 and 1996), the 1993 version of The Three Musketeers and the surprise 1997 hit George of the Jungle. He aimed a little higher with When a Man Loves a Woman in 1994 starring Meg Ryan and Andy García.

Avnet directed the film The War in 1994 with Elijah Wood in the lead and Kevin Costner in a supporting role as his father. On a roll, he followed up with the film Up Close & Personal in 1996, which was loosely based on the life of the late Jessica Savitch. It was written by Joan Didion and John Gregory Dunne and starred Robert Redford and Michelle Pfeiffer. Avnet addressed political issues with his fourth film Red Corner in 1997, a movie about the Chinese legal system, starring Richard Gere and Bai Ling. Because of Gere's presence and support for Tibet and the Dalai Lama, they could not film in China, and the settings had to instead be recreated in Southern California. Avnet, however, did film a few scenes in Beijing and also put in some footage of actual Chinese executions.

In 2001, Avnet created the made-for-TV war drama Uprising about the Warsaw Ghetto Uprising, starring Leelee Sobieski and Hank Azaria. In 2002 he served as an executive producer and regular director for the crime drama Boomtown which was created by Justified show runner Graham Yost. Avnet directed nine episodes of the series. In 2005 he directed the television feature Conviction. He helmed the television movie Sixty Minute Man in 2006. In 2007 he directed six episodes of the new series The Starter Wife.

His movie 88 Minutes was released in the United States theatrically on April 18, 2008, starring Al Pacino, Alicia Witt, Leelee Sobieski, Benjamin McKenzie, and Deborah Kara Unger; it was heavily panned by critics. He directed Righteous Kill with the eagerly anticipated re-teaming [see Heat (1995)] of Al Pacino and Robert De Niro as cops on the hunt of a serial killer, which was released on September 12, 2008, again to a mostly-negative critical reception.

In 2008, Avnet directed the television pilot Bunker Hill, starring Donnie Wahlberg and Bridget Moynahan and written by Walon Green. The pilot was not picked up for a series.

Avnet has been married to the artist Barbara Brody Avnet since 1975. He has three children: Alexandra, Jacob, and Lily.