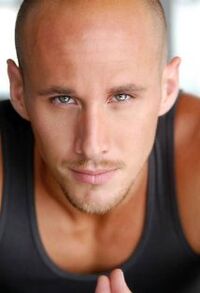 Wingate made his screen acting debut in 1995 with a recurring role on the college soap Blue State. He remained on the series until 1997. He did not appear on screen again until after he moved to Los Angeles in 2002. He had a role in the short film Strikingly Single in 2004. He appeared in the 24 spin-off web series 24: Conspiracy and also had a role in the short film The Woman of His Dreams in 2005. In 2006 he had roles in the series E-Ring, Crossing Jordan, How I Met Your Mother and Dexter and the features American Blend and Saurian. In 2007 he appeared in Medium, Moonlight and The Unit.

In 2010 he guest starred as Puller in the first season of the FX series Justified. The character appeared in the episodes "Veterans" and "The Hammer". He appeared in 10 episodes of the soap General Hospital as Carter. He also had roles in the series FlashForward, Looking for Grace and Men of a Certain Age and the short 500mg of Something that year. In 2011 he appeared in the series Undercovers, The Event, Castle and CSI: NY and the film Priest.