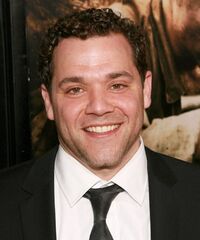 Joshua Biton grew up in New York City and, most recently, returned from Australia, having worked on Steven Spielberg and Tom Hanks' mini-series, The Pacific (2010), which is a follow-up to the World War II miniseries Band of Brothers (2001). Justified show runner Graham Yost was a writer for The Pacific. Along with various roles in film and television, Josh has worked extensively in the theatre, including Off-Broadway productions of "Romeo and Juliet", "The Seagull" and "The Crumple Zone". Regionally, he has worked at the Repertory Theatre of St. Louis, Pioneer Rep, Capital Rep, STW, Centennial Theatre, The Hangar and Studio Arena. He received his MFA from Rutgers University and attended Stuyvesant High School.