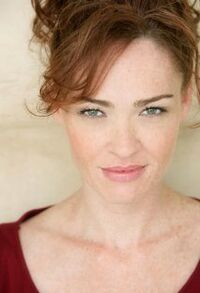 Karina Logue is a Canadian actress who guest stars as Sonya Toomey in the FX series Justified first season episode "The Lord of War and Thunder".

In 2010 she had roles in the films The Steamroom and Taxi Ballad and the series Justified, Terriers, Bones and In Plain Sight. In Justified she guest starred in the first season episode "The Lord of War and Thunder" as Sonya Toomey. She had a recurring role in Terriers as Steph for five episodes.

In 2011 she appeared in the short Tumbling, the film Sissy and the series The Whole Truth and Army Wives.