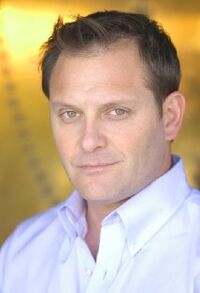 Kevin E. West is an actor who had a guest role as Frank Choate in the FX series Justified first season episode, "Veterans". West appeared in such films as Expose, Pedestrian, Mirror Images II, Willing to Kill: The Texas Cheerleader Story, and had guest roles in such TV shows as Castle, CSI: Miami, Leverage, The Bold and the Beautiful, NCIS, 24, and Lost.

Retrieved from "https://justified.fandom.com/wiki/Kevin_E._West?oldid=17066"
Community content is available under CC-BY-SA unless otherwise noted.