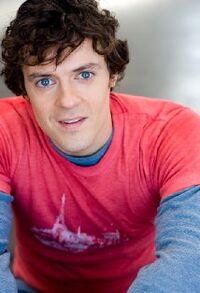 Mark Elias - born on November 2, 1984 (1984-11-02) (age 37) in Houston, Texas - is an American actor, director, and writer who co-starred as Boyd's Man 1 in the first season of the FX series Justified. Elias has appeared in the films Cutting Room, The Juggler, Pushing Out Katherine, and Animals. Elias also appeared in the series Criminal Minds, The Event, and Southland.

Elias was born in Houston, Texas but grew up in Philadelphia, Pennsylvania. He is an avid soccer player. He lived in Spain at the age of 15 and speaks fluent Spanish. In 2006, he presented Kays Al-Atrakchi the award for Best Music at the 2006 Milan International Film Festival. In 2008, he was featured on "HDnet" regarding his experience at Sundance Film Festival. He currently attends the Beverly Hills Playhouse.