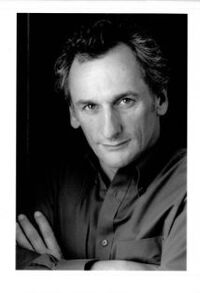 Craven was born Matthew John Crnkovich in Port Colborne, Ontario, the son of Joanne Leslie, a hairdresser, and Nick Crnkovich. He has an older sister, Deborah. Craven is married to Sally Craven née Sutton and has two children, Nicholas and Josephine.

He also appeared in NCIS as the new Secretary of the Navy, Clayton Jarvis and will reappear in Season 9, teaming with Crimson Tide co-actor Rocky Carroll.

He is currently a main cast member in the ABC drama series Resurrection, which premiered on March 9, 2014.