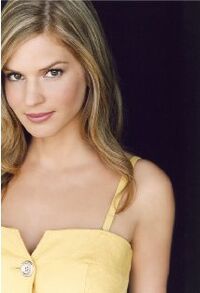 In 2010 she guest starred as Mindy Springer in the FX series Justified first season episode "Long in the Tooth".

Retrieved from "https://justified.fandom.com/wiki/Michele_Nordin?oldid=10619"
Community content is available under CC-BY-SA unless otherwise noted.