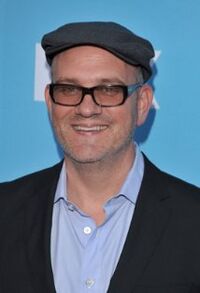 His first break came as the host of Nickelodeon children's game shows Get the Picture and Nickelodeon GUTS (later Global GUTS). O'Malley starred in Life with Roger, a series which aired from 1996 to 1997. In 1999, two episodes of The Mike O'Malley Show aired before the show was canceled; thirteen episodes were filmed. During the 1990s, he also appeared as "The Rick", a popular character in a series of ads for the ESPN network.

Beginning in 2000, O'Malley starred as Jimmy Hughes on the CBS Comedy Yes, Dear. The show ran until 2006. Along with Yes, Dear costar Anthony Clark, O'Malley appeared in the Alan Jackson music video "The Talkin' Song Repair Blues". From 2000 to 2002, O'Malley also provided a voice for The WB's Baby Blues.

In 2006, O'Malley made a guest appearance on My Name Is Earl, as a police officer with bowling aspirations, and made several more guest appearances on the show. O'Malley has a recurring role in ESPN commercials in which he plays "The Rick", a rabid Boston sports fan. In 2008, O'Malley appeared in the NBC drama My Own Worst Enemy.

In 2008, O'Malley became the spokesman for Time Warner Cable's digital cable. In 2009, O'Malley began playing the recurring character Burt Hummel, the father of a gay student, on Glee. It is a role which has pleasantly surprised him and lead to Entertainment Weekly's Tim Stack to say, "If Mike O'Malley doesn't win an Emmy for playing Burt Hummel, I will be sorely disappointed." Chris Colfer, who plays Burt's son Kurt, has credited his off-screen relationship with O'Malley with improving the quality of their scenes together.

Beginning in 2010, O'Malley portrays a recurring character on Parenthood. He hosted The World's Funniest Office Commercials, also in 2010. On July 8, 2010, O'Malley received a nomination for the Primetime Emmy Award for Outstanding Guest Actor – Comedy Series for playing Burt Hummel on Glee. Prior to its second season, O'Malley was made a series regular on Glee. On August 8, 2010, O'Malley won the Teen Choice Awards for Parental Unit. He returned to recurring guest star status for the show's third season.

O'Malley made his movie debut in the 1998 film Deep Impact, playing Elijah Wood’s astronomy teacher. He followed that with a supporting role in the John Cusack/Billy Bob Thornton film about air traffic controllers called Pushing Tin. In 2000, he portrayed Oliver, a Drug Addict, in the Sandra Bullock rehab film 28 Days. In 2005, O'Malley starred in the Heather Locklear/Hilary Duff film The Perfect Man. In 2007, he had supporting roles in the George Clooney film Leatherheads and the Eddie Murphy film Meet Dave.

O'Malley was one of the people interviewed in the film City of Champions: The Best of Boston Sports.

In 2009, O'Malley participated in the American documentary film The People Speak. In the film, he performed in a segment with political activist Staceyann Chin.

O'Malley was born in Boston, Massachusetts, and raised in Nashua, New Hampshire, the son of Marianne, a career counselor, and Tony O'Malley, an executive for the defense industry.

O'Malley and his wife, Lisa, have three children: Fiona, Seamus, and Declan. O'Malley is a 1984 graduate of Bishop Guertin High School in Nashua, New Hampshire, and a 1988 graduate from the University of New Hampshire where he studied theatre. He is also a member of the Kappa Sigma fraternity. O'Malley returned to his alma mater in 2006 to deliver the commencement address to the University's 136th graduating class, and also received an honorary doctorate.

Kerry O'Malley, his younger New Hampshire-born sister, is also an actress and a Broadway veteran; she received critical attention for her role in Stephen Sondheim's Into the Woods and recently appeared in several episodes of Showtime's Brotherhood.

O'Malley is a Boston Red Sox fan and in May 2006 threw out the first pitch at a game in Fenway Park. He is also an avid fan of the NHL's Boston Bruins and the NFL New England Patriots.

Retrieved from "https://justified.fandom.com/wiki/Mike_O%27Malley?oldid=16513"
Community content is available under CC-BY-SA unless otherwise noted.