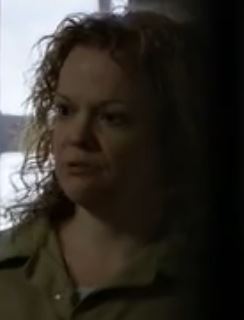 Nikki is a recurring character in the fifth season of the FX series Justified. She is an inmate at the Kentucky State Women's Prison where Ava Crowder is incarcerated. She is portrayed by co-star Heather Olt.

In "Kill the Messenger", Ava is assigned to be her bunkmate, and Nikki lays out ground rules for Ava. Later that night, Nikki gives Ava a straight razor so that she can cut the rest of her hair evenly in exchange for commissary privileges for a month.

In "Starvation", Nikki is seen discussing Judith with Ava before Penny Cole leaves to go to the bathroom. When Genny, a member of Gretchen's crew walks by and drops a bloody shiv on the floor, they run to the bathroom to find that Penny has been stabbed to death. Nikki then flushes the shiv down the toilet.

In "Restitution", Ava approaches Nikki who is sitting with members of Judith's congregation, who are seen departing. Nikki says that she also can't be around Ava as she is believed to be the one that snitched on Genny.

Retrieved from "https://justified.fandom.com/wiki/Nikki?oldid=21285"
Community content is available under CC-BY-SA unless otherwise noted.