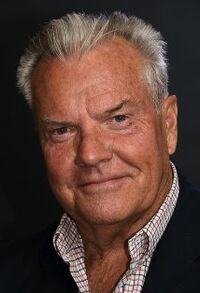 Peter Jason - born Peter Edward Ostling on July 22, 1944 (1944-07-22) (age 76) in Hollywood, California, USA - is an American actor who guest stars as Owen Carnes in the FX series Justified first season episode "The Collection". He also had a recurring guest starring role in the HBO western drama Deadwood as Con Stapleton. He has been a screen actor since 1967 and has appeared in over 200 projects.

Retrieved from "https://justified.fandom.com/wiki/Peter_Jason?oldid=10606"
Community content is available under CC-BY-SA unless otherwise noted.