Edit
watch 01:36
We're Getting Mutants in the MCU - The Loop
Do you like this video?
Play Sound
Ray McKinnon 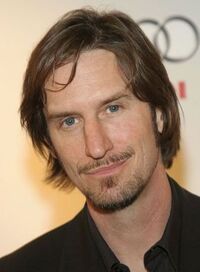 McKinnon made his screen acting debut with a small role in the film Driving Miss Daisy in 1989.

In 2004 he starred in the first season of the HBO western drama Deadwood as Reverend H. W. Smith.

In 2009 he starred in the film The Blind Side as Coach Cotton.

In 2011 he guest starred in the fourth season of the FX crime drama Sons of Anarchy as Assistant District Attorney Lincoln "Linc" Potter.

He is the co-owner of "Ginny Mules Pictures", along with partner Walton Goggins, a film and television production company.