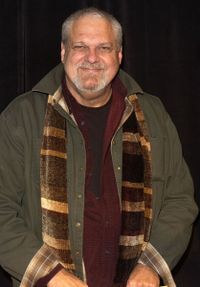 Rod Holcomb is an American motion picture director, producer, and writer. He is an episode director for Justified. He helmed the first season episode "The Collection". He also directed the films on Chains of Gold (1991), Thanks of a Grateful Nation (1998), The Education of Max Bickford (2001), and The Pentagon Papers (2003).

In 2010 Holcomb directed the episodes "Conjugal" for the first season of CBS legal drama The Good Wife. In the same year he directed the television film adaptation, The 19th Wife, based on the novel of the same name.

He joined the crew of Justified as an episode director for the first season in 2010. He helmed the episode "The Collection".

He has gone on to direct episodes of Law & Order: Los Angeles and Rizzoli & Isles.