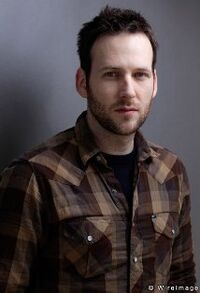 Ryan O'Nan is an American actor who guest stars as Jared Hale in the FX series Justified first season premier episode "Fire in the Hole". He has also had recurring roles in Mercy and The Unusuals. He has appeared in the films Eat Pray Love and The Dry Land. He wrote, directed and starred in the independent comedy 'The Brooklyn Brothers Beat the Best'. One of the best musical comedies of recent years. 'The Dry Land' sees him team up again with both Jason Ritter and Melissa Leo from his earlier film.

Retrieved from "https://justified.fandom.com/wiki/Ryan_O%27Nan?oldid=20693"
Community content is available under CC-BY-SA unless otherwise noted.