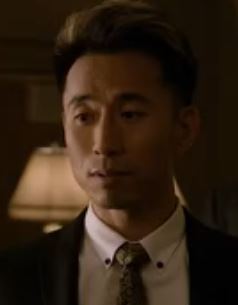 Yoon is a recurring character in the fifth season of the FX series Justified. Yoon is an associate of Ethan Picker and a representative of the Mexican heroin trade, who meets with Boyd Crowder and Wynn Duffy. He is portrayed by guest star James Kyson.

In "Kill the Messenger", Yoon visits Duffy and Boyd after Picker organizes a meet between the two men. Duffy and Boyd tell Yoon that they don't want to pay money upfront due to their hijackings and ripoffs lately, and Yoon complies, that he is willing to proceed in their meeting without money. Yoon warns them that if anything happens that his employers feel that they have to re-establish their reputation, it won't be him they send.

In "Raw Deal", Yoon is visited by both Boyd and Johnny in Mexico, where Johnny has outbidded by Boyd in the business deal. Yoon does not have a standing deal with either men, but says that if Johnny can provide the money, he will deal with him and if not, his deal will stand with Boyd. After Danny and Daryl Crowe Jr. execute Dunham's henchmen, Boyd calls Yoon and says that they have a problem.

Retrieved from "https://justified.fandom.com/wiki/Yoon?oldid=17810"
Community content is available under CC-BY-SA unless otherwise noted.